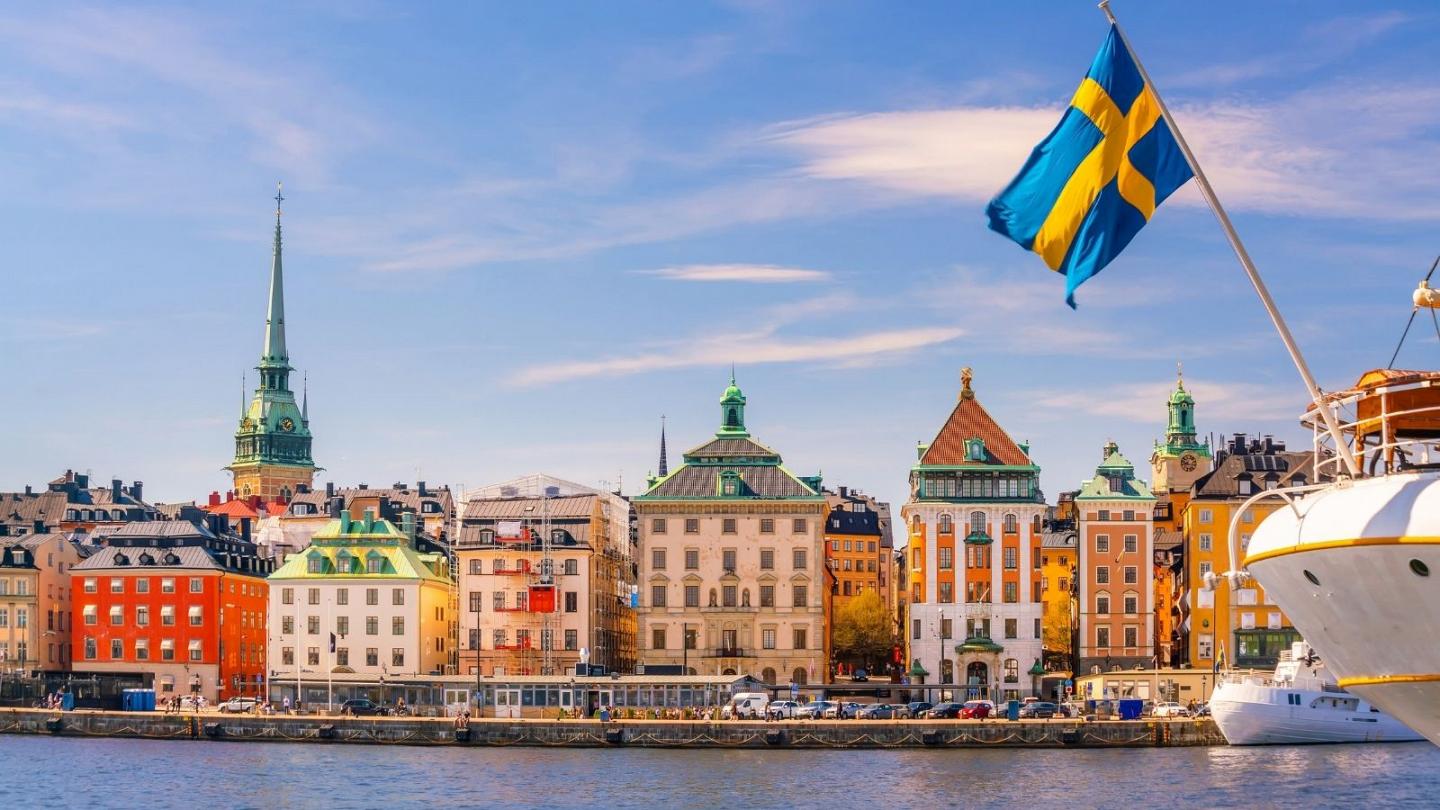 In many ways Sweden has become a traveler's paradise. If you love the outdoors, it's certainly hard to beat. The air and water are crystal clean, there are thousands of acres of unspoiled forests and majestic lakes to explore, the roads and public transport are excellent, the citizens are invariably friendly and helpful, and, in recent years, Swedish cuisine has undergone what can only be described as a revolution. Throw in a mind-boggling history from notorious Viking invaders to Royal dynasties and imperial intrigue, and one thing is certain, you'll never be bored. On the contrary, there's so much to see and do, make sure you allow plenty of time to enjoy all the outdoor adventures and historic treasures.

Fairytale Drottningholm Palace on the island of Lovö is a UNESCO World Heritage Site and lies about 11 kilometers west of Stockholm city center (45 minutes by boat). Dating from the 17th century, the palace is now the official residence of the Swedish Royal Family. In the picturesque, terraced park are bronze sculptures from Bohemia and Denmark, brought back as trophies of war. Be sure to take in the Chinese Pavilion which dates from the late 1700s. The 18th-century Palace Theatre (Drottningholms Slottsteater) is still used for performances during the summer months. In the Theatre Museum, you can see period stage costumes and stage scenery.


The Vasa Museum (Vasamuseet) in Stockholm is Sweden's most popular museum and now attracts around a million visitors annually. More than 20 million people have visited since the museum opened in 1990, and it's not hard to see why.

In 1628, the pride of the Swedish Imperial fleet, the 64-gun warship Vasa, sank on its maiden voyage. The ship lay below the icy waters for more than three centuries until, in 1961, an incredibly ambitious salvage operation took place. Now, visitors from across the world come to see this fascinating time capsule.

The museum caters to tourists of all nationalities, and English language guided tours and audioguides are available. A visit to the Vasa, which houses 10 separate exhibitions and a further four museum ships, is a day out in itself. A shop and a restaurant are located on the site for those wanting to make a full day of it.

You can check also: Best places to be visited in 2022 (advised by National Geographic).

3. The Göta Canal, Gothenburg to Stockholm

Summer in Sweden is all about the water. And a voyage down the historic Gota Canal, which travels between the country’s East and West coasts, is the best way to see the country at its most relaxed.


Often described as Sweden's greatest feat of engineering, the Göta Canal (Göta kanal) dates from the early 19th century and is 190 kilometers in length. It's now one of the country's premier tourist attractions and offers a unique perspective on Sweden's heartland. In addition, by connecting with lakes Vänern and Vättern and the Trollhätte Canal, it forms part of a water link all the way from Stockholm, in the northeast, to Gothenburg, in the southwest.

Featuring 47 bridges and 58 locks the canal stretches from Sjötorp at Lake Vänern to Söderköping on the Baltic Sea. There's a choice of passenger cruise vessels or you can hire a boat and experience the canal in your own way.

Experience the unique atmosphere on board the historical ship MS Juno on this classical 4-day Göta Canal cruise from Gothenburg to Stockholm. On the way you will see the blossoming Swedish country side. All meals and excursions are included during the cruise. The ship sails overnight on two out of three nights. Set departures.


One of Sweden's most famous buildings, Stockholm City Hall (Stockholms stadshus) was built between 1911 and 1923, using an astonishing eight million bricks. It is considered one of the finest examples of National Romanticism, designed by the architect Ragnar Östberg. The 106-meter-tall tower is topped by three crowns.

A very informative tour recounts some of its history, as well as information about the Nobel Prize, which is presented here each year. On the tour, you'll see the Blå Hallen, the Blue Hall, where the Nobel dinner is held, and the Gyllene Salen, the Golden Hall, lined by 18 million gold mosaic tiles.

Skansen, the world's oldest open-air museum (and one of the world's largest), is a historic village made up of houses and farmsteads from all over Sweden. Together, these impressively preserved buildings represent both rural and urban culture at various periods from 1720 to the 1960s.

These homes, farms, and workshops are inhabited by costumed interpreters who carry on the everyday work, demonstrating the crafts and skills as well as doing household and farm tasks. A zoo includes animals native to Sweden, as well as sections for exotic animals and a children's zoo.

Read Also : The Hottest places on the earth

Skansen is located in the huge urban Djurgården park, a favorite place for locals, especially in the summer. Throughout are traditional cafés, restaurants, snack-bars, and even hotels. Canoe and bicycle hire are also available if you're feeling energetic. Abba the Museum can be found here, along with the Gröna Lund amusement park.

To get here, you can catch a ferry from Gamla Stan or Slussen or take a tram or bus from Norrmalmstorg. Alternatively, the park is a pleasant 15-minute walk from the city center. Stop by the Djurgården Visitors' Center for more information.