Following the success of the show, fans want to know more about Jenna, including her projects in the film industry, and aspects of her personal life. The Hollywood star has gained more than 15 million Instagram followers in just days after the release of the series.

The success of Jenna Ortega is undeniable! The popularity of the 20-year-old actress continues to be on the rise, amid record-breaking numbers on her new Netflix series ‘Wednesday.’ 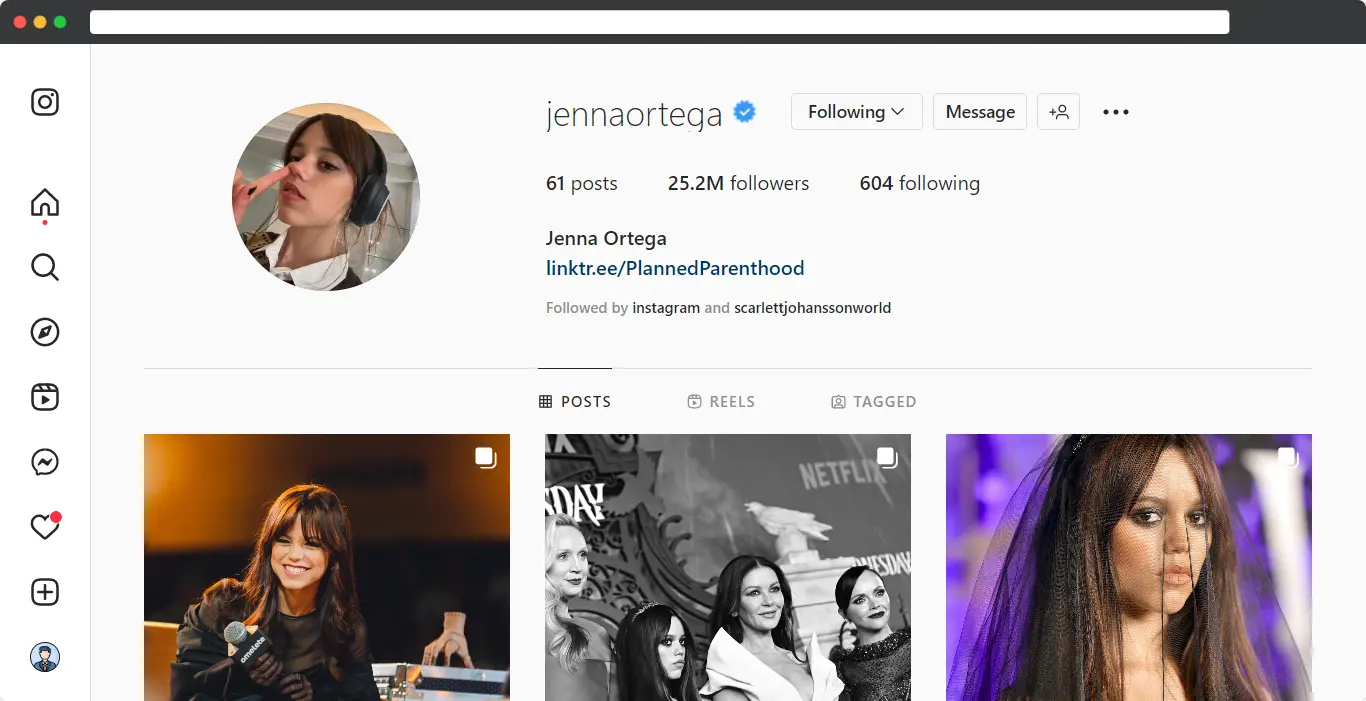 From 9.4 million followers on Nov 23, the day the horror comedy started streaming, she hit 19.4 million last Saturday, and crossed the 25-million mark on Friday, according to a screenshot posted by entertainment portal Pop Crave on Twitter.

Tim Burton's fresh retelling of the classic Addams family story (snap, snap!) recently surpassed Stranger Things for most hours viewed in a week for a TV series. For the week of November 28th to December 4th, Wednesday racked up a crazy 411.29 million hours of watch time along with taking the prize for the biggest opening week ever for an English language Netflix series. Whew!

The TV show follows Wednesday Addams during her time at Nevermore Academy as she navigates psychic abilities and superpowered classmates while trying to uncover the truth about a mystery that her parents were involved in decades ago. From visions of future destruction delivered through her arch nemesis and attempting to stop a havoc-wrecking killing spree to finding a date to the school dance, there's nothing that Wednesday can't handle.

20-year-old actress Jenna Ortega plays the titular role of Wednesday Adams. You might've searched up Jenna's name on Instagram and followed her to keep up with the Wednesday content she's been posting — well, so did +15 million people who watched Wednesday recently and had the exact same idea. Yes, you read that correctly — the actress gained a mind-blowing 15 million followers in a mere 10 days following the record-breaking release of Wednesday.

Her impact is no surprise as she has slowly positioned herself as a new Scream Queen. However, her mainstream success has happened overnight due to her portrayal of the iconic character, and the new Wednesday Addams Dance TikTok Challenge, which has gone viral after her dance scene on the show.

The actress has been a fan-favorite star among horror fans, after her involvement in ‘X,’ ‘Scream,’ ‘The babysitter: Killer Queen,’ ‘Insidious,’ and ‘Studio 666.’ She has also gained major recognition for her roles in ‘Jane the Virgin,’ ‘You,’ and ‘Stuck in the Middle.’

“I never want to be pigeonholed, but I have immense respect for the horror genre,” she previously shared. “It’s incredibly hard for me to turn down a good horror script and I’ve been lucky enough to do a lot of it in recent years.”

Jenna also talked about how she felt meeting Christina Ricci, the original actress who played Wednesday in the 90s. “It was really intimidating because I have so much respect for her as an actress, and being dressed up how she was 30 years ago, it was a little awkward,” she said. “But I felt safe with her on set almost immediately.”