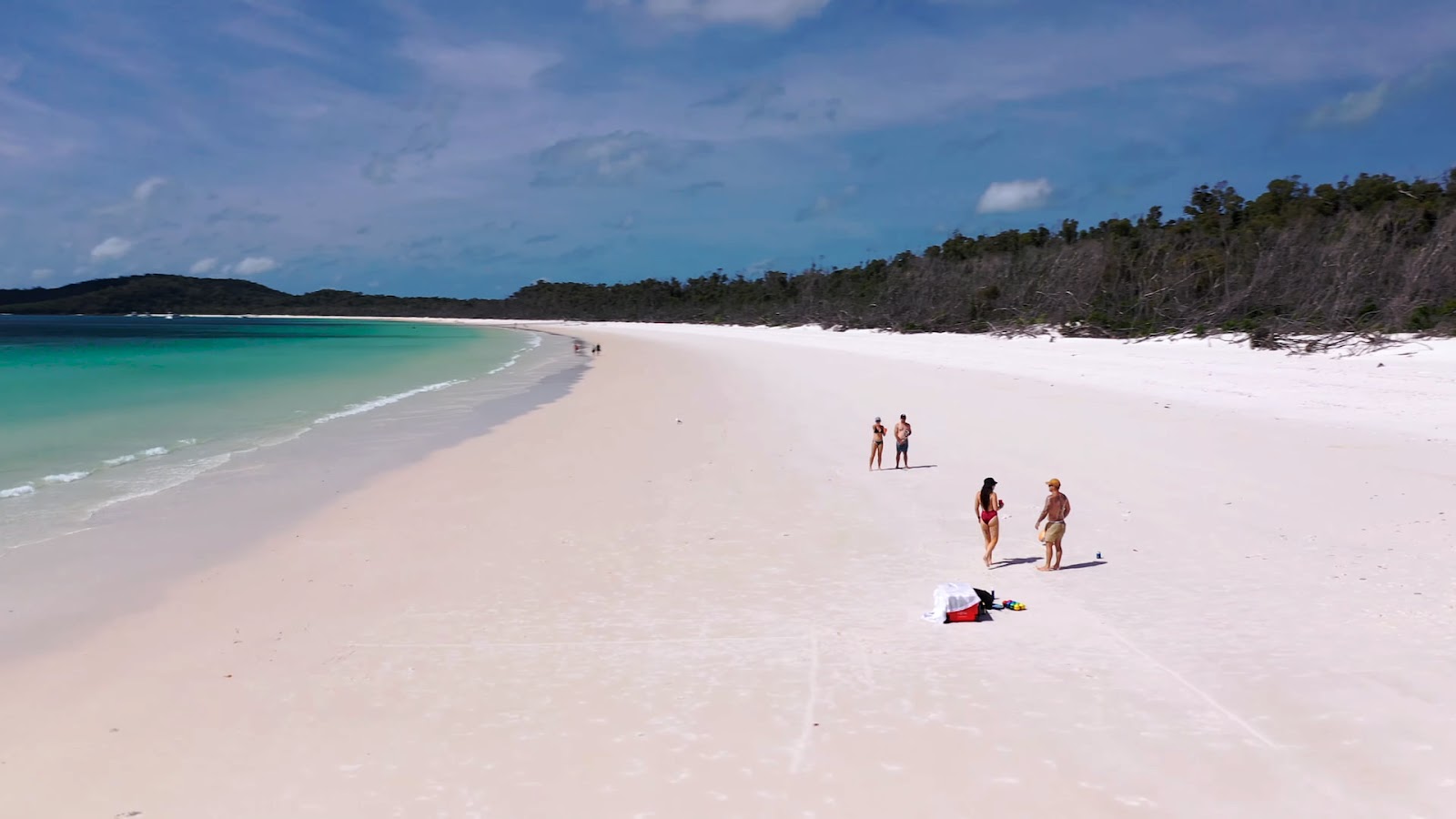 Whitehaven Beach is a 7 km stretch along Whitsunday Island, Australia. The island is accessible by boat from the mainland tourist ports of Airlie Beach and Shute Harbour, as well as Hamilton Island. The Whitehaven Beach Ocean Swim is a 2 km open swimming competition held on the Beach in November each year as part of the Hamilton Island Triathlon Event. The 2012 event was held on 11 November 2012.

You can read Also : Great Barrier Reef: The Divers Paradise

The beach was awarded Queensland's Cleanest Beach in Keep Australia Beautiful's 2008 Clean Beach Challenge State Awards. In July 2010, Whitehaven Beach was named the top Eco Friendly Beach in the world by CNN.com. Dogs are not permitted on the beach and cigarette smoking is prohibited.

Whitehaven Beach is known for its white sands. The sand consists of 98% pure silica which gives it a bright white color. Local rocks do not contain silica so it has been suggested that the sands were brought to the beach via prevailing sea currents over millions of years.

Unlike regular sand, the sand on Whitehaven Beach does not retain heat making it comfortable to walk barefoot on a hot day. This sand is also very fine, and can damage electronic equipment such as telephones and cameras, although it is good at polishing up jewelry.

The beach is an amazing place to be visited and a great destination in Australia.