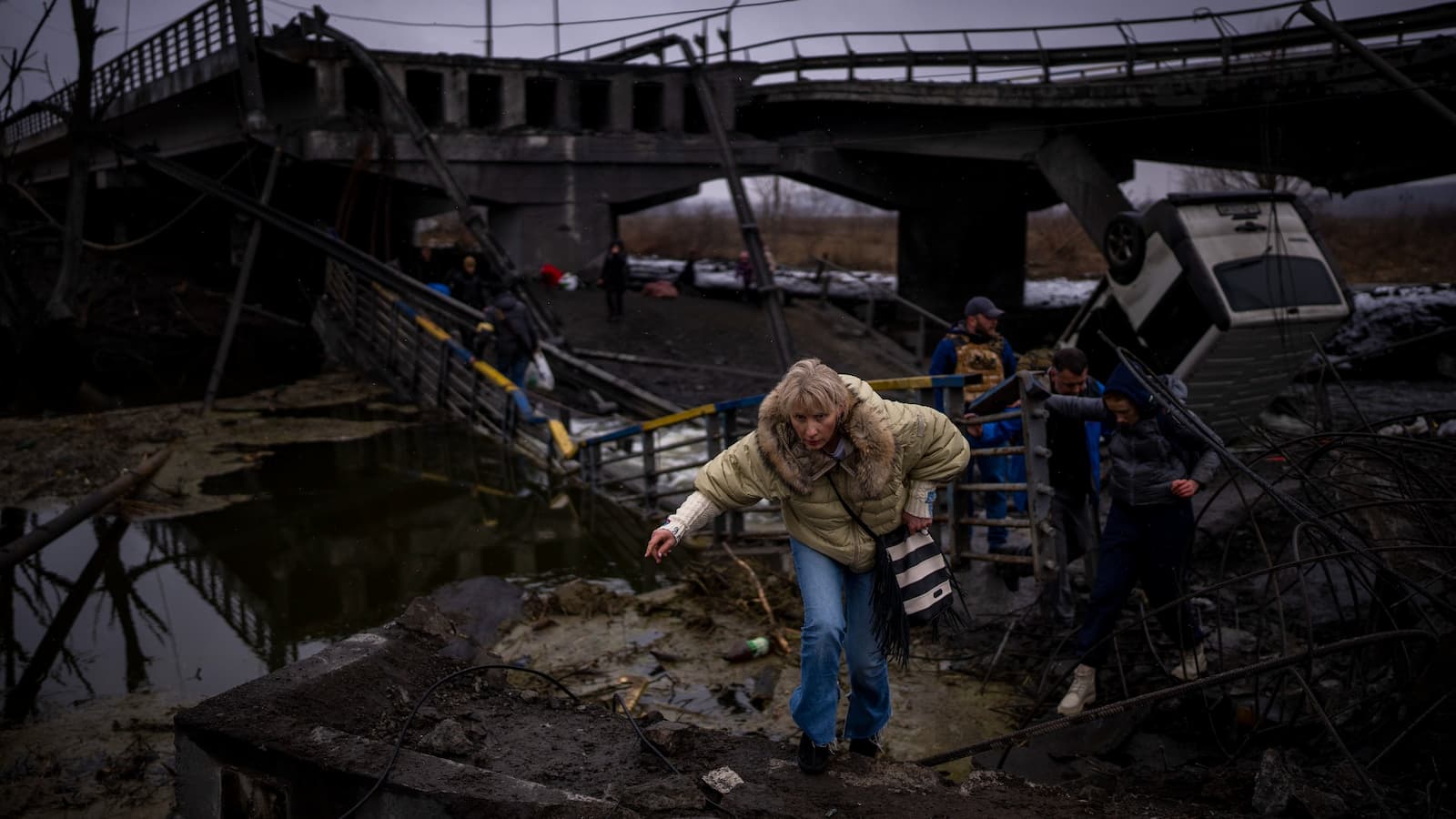 Over the past week and Since the beginning of the brutal Russian aggression against Ukraine, Many foreign Embassies in Ukraine have continued to guide their citizens stuck in the eastern European country, after Russia launched a full-scale military invasion. many foreign governments are evacuating nationals, including students, from Romania and Hungary as Ukrainian airspace remains closed.

Barring flight arrangements by the government, Many tourists and students in Ukraine are reportedly on their own and are asked to reach border points. During the last three days, the foreign Embassies, in an advisory, asked nationals to immediately leave the city of Kharkiv and Kyiv, which are come under heavy attack from Russian forces.

"Those students who cannot find vehicles or buses and are in railway station can proceed on foot..," the advisory said. They were asked to reach specific points, which were as far as 16 kilometers away.

In this article, we will try to provide some tips and advice for those who are still stuck in Ukraine and who have not been able to leave until now.

General guidelines for all stranded people in Ukraine

You can check also: Supporting the integration of IDPs: human rights protection, empowerment and capacity building.

In addition to all of the above, try to benefit from the support and emergency services provided by the official authorities, including the site VisitUkraine.Today.

VisitUkraine.Today is being transformed into an information portal for help, where every Ukrainian and foreign citizen will be able to get the necessary information on how to act in a critical situation, where to go, bomb shelter addresses, how to leave the country or evacuate from a dangerous region, etc.

Friends, for almost 2 years we have been helping foreign citizens and Ukrainians by providing up-to-date information on the rules of crossing the Ukrainian border. And today, at this difficult time, we continue our round-the-clock work for all of you. We have many requests for information and insurance support and we try to respond as soon as possible.

They have a great App that notifies about danger in certain regions on your smartphone.

Install the Air Alarm application to instantly receive an air alert notification in a selected area of Ukraine from the Civil Defense System. With the right settings, the app will loudly alert you to the alarm even in the smartphone's silent mode. The application does not require registration, does not collect personal data or geolocation data.

You can also support them and donate any amount that will help keep the big hotline team going.

They work and will continue to work for everyone who cares about Ukraine!

Original Article: Ukraine crisis: Here are guidelines for travelling in a combat zone.