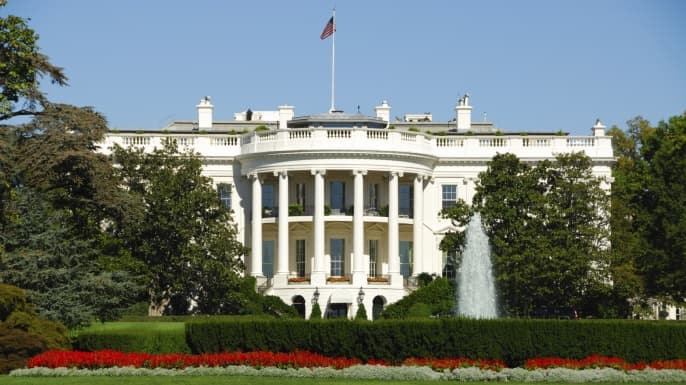 The White House is worth $397.9 million, according to the real-estate listings firm Zillow.

The home of every US president except George Washington gained 15% in value during President Barack Obama's eight years in office, according to a release published Tuesday. Zillow said it first calculated the White House's worth in 2009 using a proprietary algorithm.

"President Obama's term coincided with a massive recovery of the US housing market, and that's reflected in the updated value of the White House," the release said. "Home values across the country are growing at their fastest pace since 2006, with many markets setting new records — one of the reasons why the White House is worth more now than it has ever been." In October, US home prices extended to their best levels since the financial crisis, according to the latest data from S&P/Case-Shiller.

Renting the 132-room building at 1600 Pennsylvania Ave. would set you back $2.1 million every month, according to Zillow. In fact, Zillow has a listing page for the White House that shows off features including a fitness center, basketball court, and controlled access.

It's obviously off the market since President-elect Donald Trump effectively signed the lease in November. Trump will move from his equally luxurious digs in Trump Tower in New York.

Unlike many former presidents, the Obamas will live in Washington, DC, after they leave the White House later this week. Their new home, a nine-bedroom house in the nearby neighborhood of Kalorama, was sold for more than $5 million in 2014, according to CNN.

Zillow estimated that the Obamas' monthly rent there would be $22,000. Ivanka Trump and Amazon CEO Jeff Bezos will be close neighbors.