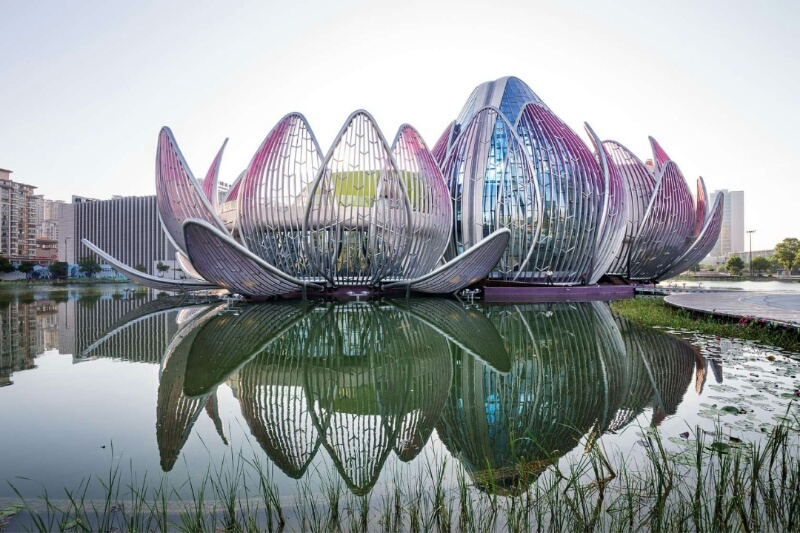 Every year modern architecture becomes more and more fantastic. New projects simply stagger the imagination. It’s hard to imagine, but in a few decades we’ll probably live in this futuristic world which we’ve seen hundreds of times in the movies.To prove this, Bright Side collected building projects that are already in progress and are almost ready to take us into the new era.

© lakhta.center  This 87-story skyscraper on the shore of the Gulf of Finland will be the official headquarters of Gazprom Neft. This building is expected to be the tallest in Europe, even higher than the Moscow skyscraperFederation. The total area of the complex will be 400,000 square meters.

© rmjm  On the crossing of two rivers in Zhuhai, China, a 100-meter observation tower will be built. It’s slightly spiraled, and its outline reminds one of a fish. The tower’s facade is covered with ’scales’ made of perforated aluminum.

© Adrian Smith / Gordon Gill Archi / eastnews  The Dancing Dragons is the last of 15 architectural projects currently running in Yongsan, a business district of Seoul. It will consist of 2 towers of 88 and 77 floors, the exterior of which will remind one of dragon scales. In fact, each scale is a window.

© sure-architecture  One of the most unusual and ’natural’ projects is planned to be built in London. The skyscraper’s levels will be formed through so-called ramps, situated around a hollow atrium. And, most importantly, there will be a lot of green areas and parks — a sort of new Hanging Gardens of Babylon.

© infinitybycrowngroup.com  Here’s what the houses of the future look like. A new luxury housing block with expensive restaurants, called Infinity, is being built in Sydney.

7. Spiral of Europe, City of Brussels

© zaha-hadid.com  A new 40-story five-star hotel in the Chinese city of Macau has been designed by the legendary architect Zaha Hadid. The designer’s name assures us that it’ll be one of the world’s most impressive buildings.

© l-a-v-a.net  This skyscraper is designed not only by architects, but also by biologists. In their collaboration, they relied on the principles of the structure of trees and their protective mechanisms.

© wikipedia  In 15 years a city-tower, where 100,000 people will live, will be built in China. This unique construction, designed according to the laws of bionic architecture, will be able to resist fire, floods, earthquakes, and hurricanes — a sort of Noah’s Ark of the present day. The invincibility of the skyscraper is ensured by its structure that was borrowed from cypress trees. Its green section consists of small scaly membranes, through which even the most powerful wind passes without causing any movement. Its root system is so well developed that to bring it down, as with a cypress tree, would take an enormous amount of effort.