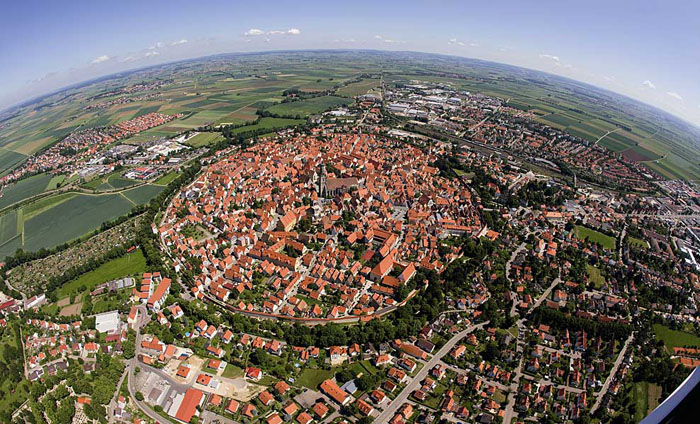 The town of Nördlingen, Germany sits inside an ancient meteorite crater, and even though the town is over 1,100-years old, it wasn’t known about until the early 1960s. Sitting in Swabia, Bavaria, Germany, this town has a current approximate population of 24,000 and it has great historical significance in the area. First recordings of the town’s presence date back to 898 A.D. and it was built in a shallow localized depression that was thought to have been an ancient volcano. However, two American scientists who visited the town in 1960 found that the local buildings were constructed from ‘shocked quartz’ which is only present in meteorite impact zones, confirming the town’s topographical origins. 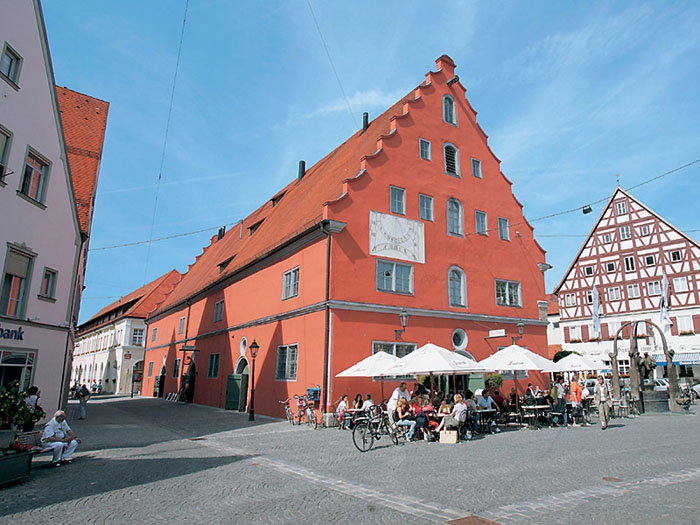 The crater in which the town was built spans 25 kilometers across. An impact from a meteorite of this size would have had quite the impact on the Earth at the time, estimated to be about 14.5 million years ago. On other historical notes, the town of Nördlingen is currently only one of three towns to have a fully intact and established city wall in Germany. Remains of a Roman castle dating back to 85 A.D. were also found buried beneath the now thriving city.

Nördlinger Ries crater is the official name for the site, and the impact created some geological formations seen nowhere else in the world. 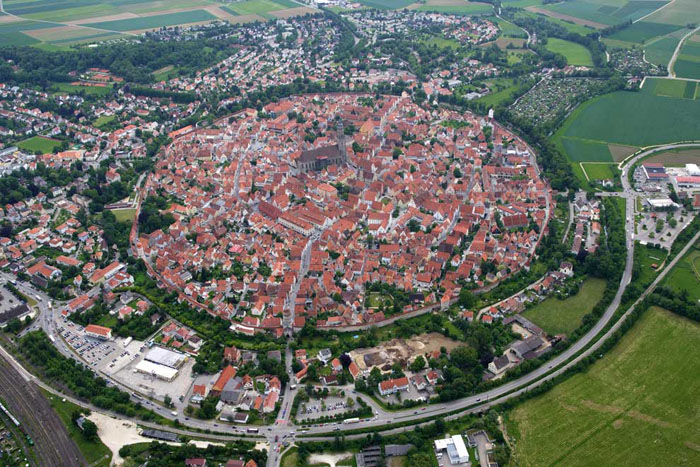 Stone buildings created with local rocks contain millions of tiny diamonds, forged by the pressure from the ancient meteorological impact. An estimated 72,000 tons of tiny diamonds were created in the violent impact, but they are all less than 2 millimeters across, so residents won’t be cashing in anytime soon. The town has also been seen in a movie, Willy Wonka and the Chocolate Factory, as it was the town seen in the final scene of the 1971 classic.

The town’s origins become quite evident when seen from above, but it is hard to imagine that for 1,000 years of its existence that no one knew the catastrophic origins of the localized depression they all lived in. Nördlingen is very unique, from buildings composed of millions of diamonds to the fact that it lies in a meteorite crater, it is definitely a place to see.