Socotra is a world of adventure, beauty, discovery, relaxation and fun. This majestic Island is a vacation destination without limits because there is so much to see and just as much to do.

You can check also: Seychelles Islands - Everything you need to visit Seychelles.

Socotra (Arabic: سُقُطْرَى‎ Suquṭra), also spelt "Soqotra", is a small archipelago of four islands in the Indian Ocean. The largest island, also called Socotra, is about 95% of the landmass of the archipelago. It lies some 240 kilometres (150 mi) east of the Horn of Africa and 380 kilometres (240 mi) south of the Arabian Peninsula.

The island is very isolated and a third of its plant life is found nowhere else on the planet. It has been described as "the most alien-looking place on Earth".

The umbrella-shaped “blood tree,” the cucumber tree, giant succulent tree, different kinds of birds, spiders, bats and cats have the only habitat on Socotra.

Socotra is part of Yemen. It had long been a part of the 'Adan Governorate. In 2004 it became attached to the Hadhramaut Governorate, which is much closer to the island than 'Adan (although the nearest governorate was the Al Mahrah Governorate). In 2013, the archipelago became its own governorate.

One third of the species of trees and flowers here no longer exists anywhere on Earth. Tree such as “Dragon Blood” or those who seem far huge mushrooms or umbrellas survive here in a very harsh climate, arid and extremely high temperatures.

Amazing places in the island:

You can check also : How To Visit Socotra Island? 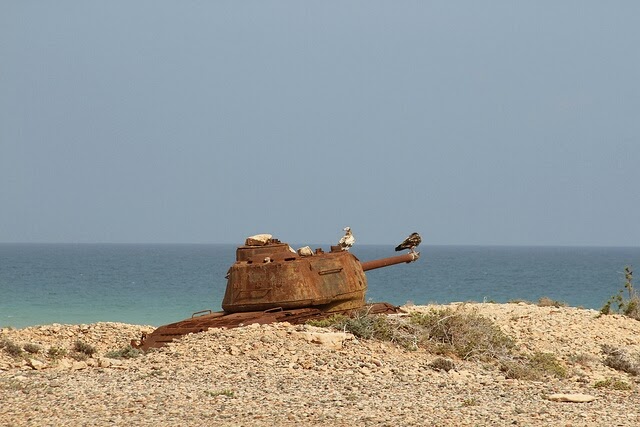